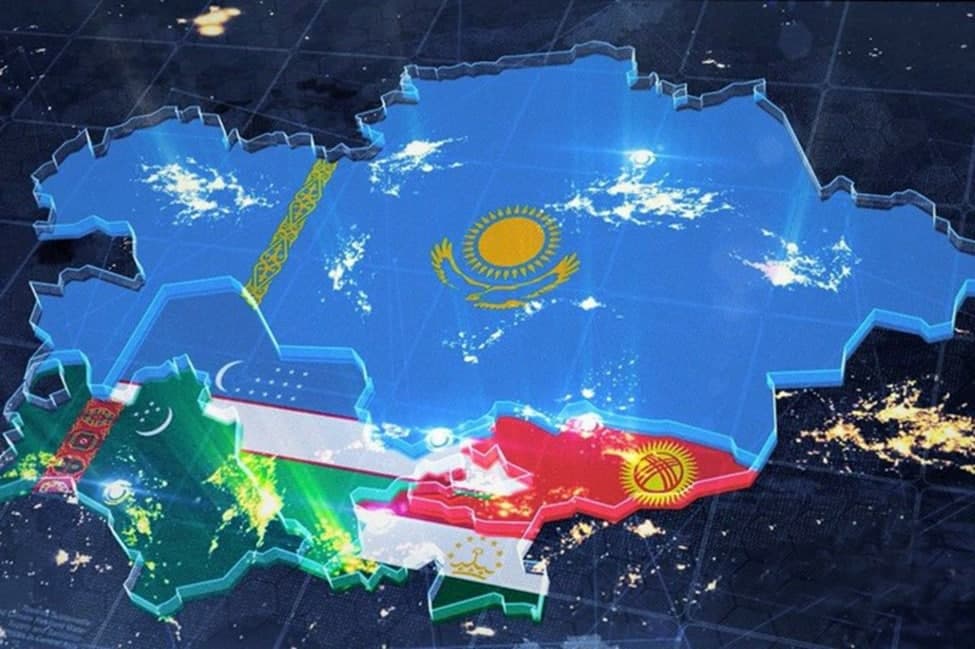 Central Asia has emerged as one of the world’s fastest-growing regions since the late 1990s and has shown notable development potential. This is significant for a region comprising largely of small landlocked economies with no access to the sea for trade. Among the region's advantages are its high-priced commodities (oil, gas, cotton, and gold), reasonable infrastructure and human capital as legacies of Soviet rule, and a strategic location between Asia and Europe.

From the outset, four of them are worth highlighting. First, the region has a significant base of the world's natural resources (including oil, natural gas, gold, and other metals). Consequently, its economic prospects are closely linked to international commodity prices. Second, it is strategically positioned as a gateway between Europe and Asia and offers vast trade, investment, and growth potential. Third, the region occupies a vast geographic area with very different natural conditions. Many countries are landlocked and have a harsh climate, which entails high transaction costs for economic activity. Fourth, all economies have inherited socialist-oriented economic policies, and some have embarked on market reforms with an emphasis on macroeconomic stabilization, trade openness, and private sector development.

In the aftermath of the transition, the Central Asian regions witnessed prolonged slow and negative growth and a rising incidence of poverty. Many factors affected forward to explain the problematic transition experience, including disruption in production and lack of supply from former the Soviet Union, a nascent private sector, the lack of capital markets, limited institutions required for a market economy, and gaps in infrastructure. However, Central Asia appears to have changed its position globally in the past few years. Economic growth has accelerated to levels unprecedented in history—the region benefits from macroeconomic stability and a relatively cheap and abundant labor force. Significant reforms have been implemented in most Central Asian countries, improving the investment climate in the region. It is important to reveal the recent macroeconomic trends of the Central Asia region, highlighting the change in economic performance since the late 1990s.

From 2001 to 2015, annual GDP grew by 7.0% per year in Central Asia compared with negative growth (- 3.4) in the previous decade (see Table 1). In 2016, growth declined to 4.9%, while stable growth remained for 2017 and 2019 at an average of 5.5%. Despite the low base the growth rates of these Central Asian countries, the region is the highest post-transition for any CIS countries group and differs from the fastest growing economies in Asia and the rest of the developing world.

High energy prices and investments in the oil and gas sector, including petrochemicals, were the main growth drivers in Kazakhstan and Turkmenistan.  Kazakhstan's economic growth is associated with oil and natural gas investments, good macroeconomic management, and investments in infrastructure. In addition, economic diversification has begun recently as food processing, machinery, oil refining, and chemicals showed strong growth. Turkmenistan’s high growth rate in 2011–2015 is based on official figures. The country is the weakest reformer in Central Asia but has benefited from natural gas exports, a construction boom, and foreign investment in the textiles sector.

Uzbekistan’s economy grew steadily at over 7 to 7,5% as agricultural production benefited from restructuring and privatization, and favorable cotton prices. In Tajikistan, aluminum exports, remittances from migrant workers, and foreign aid served as the main impetus for expansion. GDP growth averaged about 7.0% during 2011–2015 and kept growing in the forwarded years.

The global economy was highly concerned with the main threats in 2019 about the impact of the trade war between the US and China, the US presidential election, and Brexit on the global economy. Considering those arguments, IMF projected 1.7 percent for advanced and 3.9 percent for emerging markets and developing economies in 2019. The sudden health and economic crisis caused by COVID-19 has disrupted the global economy and left traces of side effects, causing a shock to supply and demand worldwide economies. According to the latest observations of international organizations, the world economy is emerging from one of the deepest recessions and begins to recover. Policymakers in public health, debt management, budget policies, central banking, and structural reforms are trying to ensure global economic recovery for sustainable growth and development over the long term.

Among advanced economies, the United States is expected to surpass its pre-COVID GDP level in 2021, while many others will return in 2022. Similarly, among emerging markets and developing economies, China had already returned to pre-COVID GDP in 2020, whereas many others are not expected to do so until well into 2023. In particular, the growth of GDP fell to-0.7 % in the Central Asian region. Growth in Central Asia is predicted to rebound to 4.8 % in 2021, boosted by moderate increases in commodity prices and foreign direct investment.

For thirty years, Central Asia countries have pursued a policy of developing a market-oriented economic system as a sovereign independent state. As an economic barometer (Table 2), per capita income in Central Asia has also grown tremendously.  In the third decade (from 2011 to 2020), the region's per capita income (US$) increased on average to $4427.5. In contrast, the average growth in the last first and second decades was $1981.6 and $2898.4. According to the World Bank country classification, most Central Asian countries remain medium-income countries. For example, Kazakhstan and Turkmenistan belong to upper-medium income countries, whereas Uzbekistan and Kyrgyzstan are lower-medium income and Tajikistan low-income countries.

a predicted value by author.