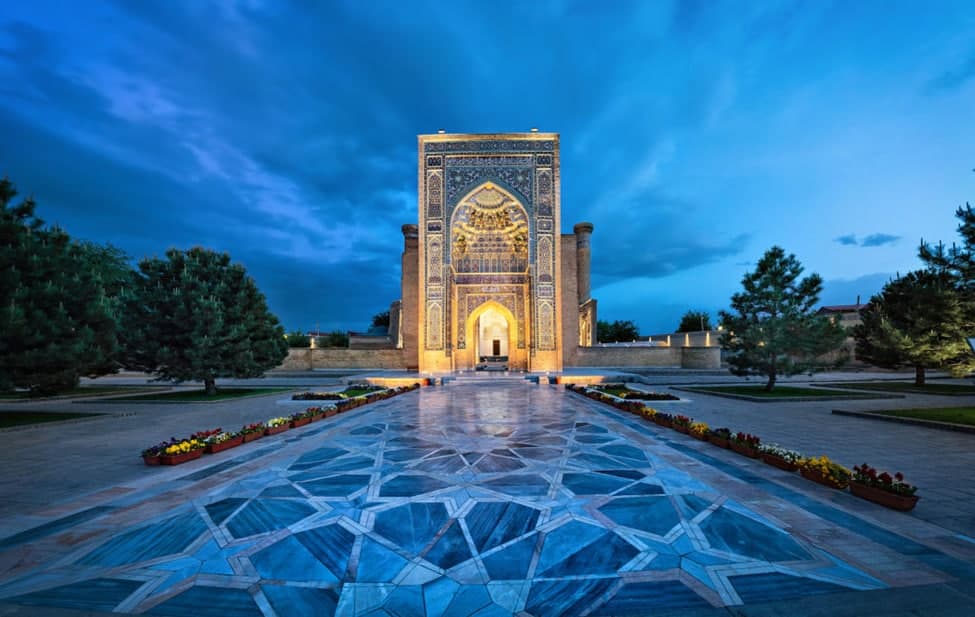 Tourism - The tourism potential of Central Asia, including Uzbekistan has a huge investment opportunity. More than thousands of historical and cultural objects are on the focus of global tourism destinations in the region

The tourism potential of Uzbekistan has a huge investment opportunity. There are 9608 cultural objects in the republic. So, more than 7,300 of them are objects of ancient architecture and archaeological sites, among which more than 200 are included in the UNESCO World Cultural Heritage List. Most of them are in Samarkand, Bukhara, Khiva, Shakhrisabz, Termez, Kokand, and Tashkent.

The most ancient cities of Uzbekistan are more than 2750 years old. Samarkand is the same age as Rome and is one of the oldest cities in the world.

One of the first five latitudinal stations in the world is in the observatory of Kitab's city, on the banks of the Kashkadarya River. Since 2010, the Kitab team at ORI- 40 began searching for dangerous near-Earth asteroids.

At present, the National System of Protected Natural Areas includes eight reserves, two natural and one national park, one biosphere reserve, seven natural monuments, three natural nurseries, 12 reserves, more than 25 water protection zones, coastal strips, and zones of formation of groundwater, 73 forestry enterprises, and five state forestry farms. The total area of ​​protected natural areas is about 5% of the country's size. The system of protected natural areas covers about 3.5% of desert ecosystems, about 3.0% of floodplain forests, and 14% of mountain ecosystems.

A visa-free regime was established in 17 countries. The electronic system also allows guests from 51 countries to receive simplified electronic visas through the e-visawebsite.Gov.uz; more than 10,000 e-visas have also been issued since the launch of this service.

The critical factors for tourism in the next decade are better infrastructure, targeted marketing and promotion efforts, liberalization of air transport, the growth of online travel portals,

From July 15, 2018, you can enter the territory of Uzbekistan using an electronic visa, which will allow you to stay in the country for up to 30 days. It is valid for 90 days from the date of issue.

A presidential decree established a visa-free procedure for entry, temporary stay, and departure from the Republic of Uzbekistan through checkpoints for citizens of 101 states in transit through the territory of the republic at international airports of the country for a period of no more than five days if they have an air ticket to the third country of the carrier.

In the Republic of Uzbekistan, excellent conditions have been created for recreation and the development of various types of tourism, for example, cultural, educational, natural, ecological, sports, water, and rural.