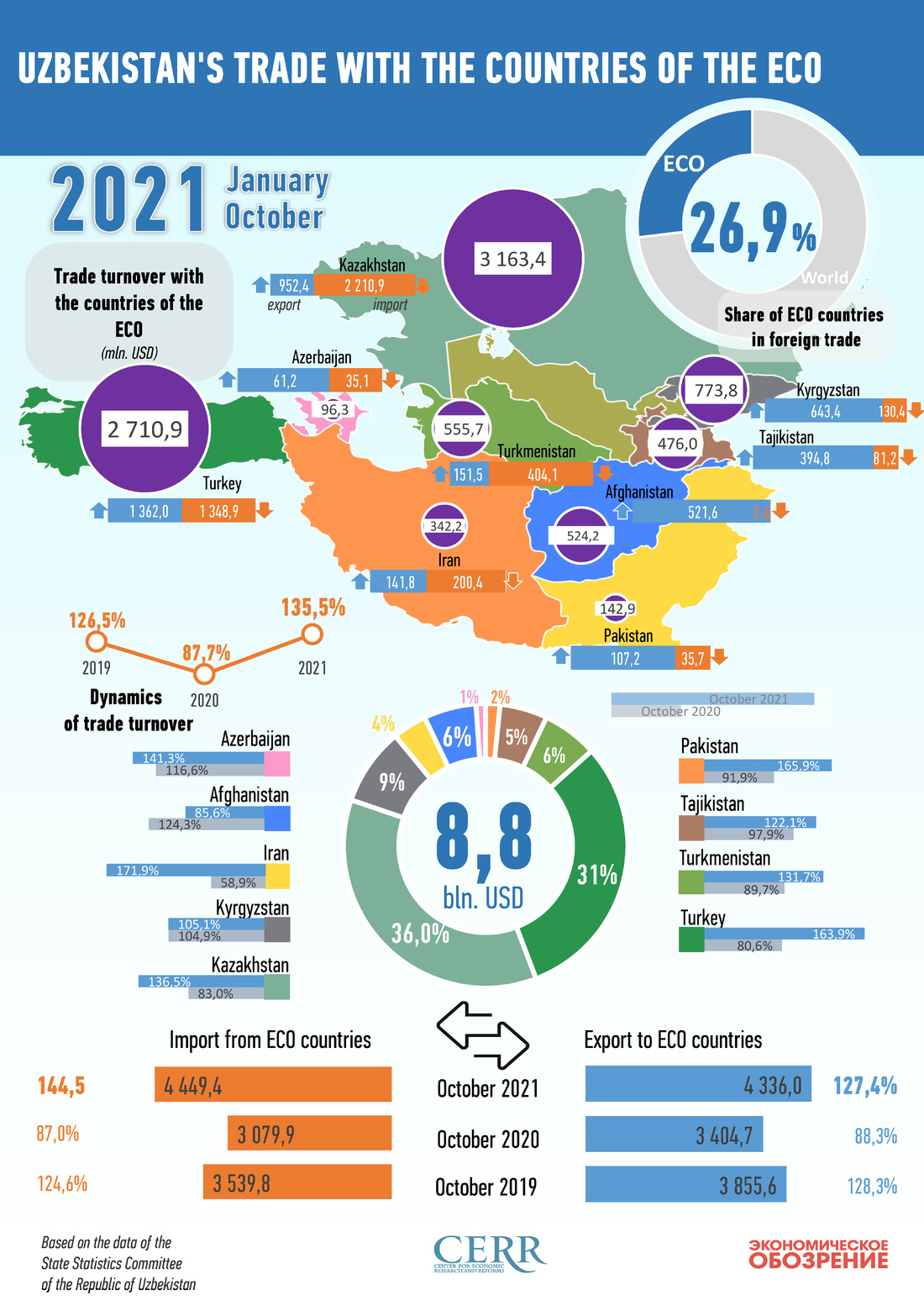 Changes have occurred in the commodity turnover of Uzbekistan with the countries of the Economic Cooperation Organization (ECO) for ten months of 2021 in the CERR infographic.

The foreign trade of Uzbekistan with the ECO countries is showing an upward trend, making up a significant share in the total trade business and characterized by balance.

The ECO countries are also among the main trade partners for the export of Uzbekistan. In 2021, 35% of the exports of Uzbekistan were supplied by ECO countries. The total foreign trade turnover of the ECO member countries in 2019 exceeded $900 billion, whereas it decreased by 40%, making up $542 billion in 2020.

For reference: ECO was founded in 1985 and is the legal successor of the Organization for Regional Cooperation and Development. ECO operates based on the Izmir Treaty's regulations, signed by the three founding countries - Iran, Pakistan, and Turkey in March 1977. Until the beginning of 1992, cooperation within the ECO was predominantly bilateral. Since 1992, the activities of the Organization have significantly intensified in connection with the accession of 7 new states - Kyrgyzstan, Azerbaijan, Afghanistan, Kazakhstan, Tajikistan, Turkmenistan, and Uzbekistan. The official language of ECO is English.